We all know that running a business is not easy and when you add in the many complex relationships to the mix, commercial disputes are an inevitable part of every company’s life; when they happen, you have a choice as to how to deal with the issue however, so you don’t lose time, that you deal with them quickly and effectively. If not handled well, commercial disputes can have a significant impact on your business, including harm to client and employee relationships, damage to reputation and loss of time, resources and money.

While the litigation process remains the most common way of resolving business related disputes it would be better to avoid litigation for many reasons but mostly because it is expensive and time-consuming. Alternative ways of resolving disputes or ADR, such as arbitration and mediation, in many cases offer a less disruptive and costly way to settle matters. However, where legal proceedings are unavoidable it is important to focus on achieving the best commercial outcome. Remember, the aim of litigation is to solve a problem and provide a solution.

How can you reduce the likelihood of a dispute?

The most effective approach is to create and consistently use precise, written agreements and to have a clear understanding of your legal obligations. An example of this is in the context of employment law, where the contract of employment sets out clear and precise terms and responsibilities of both employer and employee. Clarity of terms and legal compliance are key factors in avoiding commercial disputes.

It is also important to manage the risk of a dispute occurring where possible. For example, if a customer has not paid, you should be proactive in trying to resolve the issue before it can escalate and put measures in place to reduce any harm to your business in case the matter does worsen.

How can commercial disputes be resolved?

In many situations, litigation is not the only option for resolving business disputes. Alternative Dispute Resolution (ADR), including mediation and arbitration, is often a better fit for the parties involved and the issue at hand. Indeed, it is not uncommon today to see businesses include terms in their contracts requiring disputes to be dealt with by ADR. The benefits of mediation, arbitration and other forms of ADR are, generally, cost, confidentiality and speed.

Mediation occurs where both parties involved in the dispute agree to use a neutral third party to help solve the issues. The terms of the agreement are decided between the parties with the help of the mediator (or alternative dispute resolution body). Agreements reached in mediation are not necessarily legally binding but they can be made so if both parties agree.

The Mediation Act 2017 took effect on 1 January 2018 and encourages parties to attempt to settle disputes by mediation before going to court. The Act places mediation as an alternative to court proceedings on a statutory footing and should result in a reduction in costs in many disputes.

In arbitration the decision of the arbitrator is legally binding and the process is governed by the Arbitration Act 2010. You can represent yourself in arbitration, but you may benefit from legal representation.

What is the right option for your dispute?

The correct route for any dispute depends on the circumstances of the case, and a pragmatic decision should be made. This chart may help you decide which is the most appropriate for your dispute:

Our recent experience with commercial disputes

We frequently act in commercial disputes. Our solicitors understand the importance of remaining up to date with legal developments and keeping our clients informed while listening to their needs. We recognise that legal disputes can divert vital resources from businesses and so we aim to achieve a result that will minimise future legal risk. 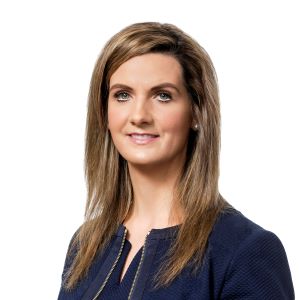