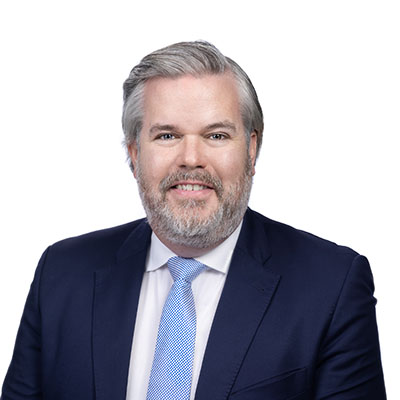 Partner
How Can I Help?

Jamie is a Partner at Sherwin O’Riordan.

Jamie joined the firm in 2020. Previously he worked as a Partner in one of the longest established law firms in Ireland. His main area’s of expertise is in the Commercial Department of Sherwin O’Riordan where he has a particular emphasis on advising corporations, both nationally and internationally, in respect of their legal strategies from short to medium term growth. In addition, he advised on several significant commercial transactions involving large scale development projects. He also has specific interests in new tech companies incorporating in Ireland. Jamie has lived in Frankfurt, Germany- home of the European Central Bank- working with major international brands and he uses his experience of working in the commercial capital of Europe and his experience with the language to advise European companies looking to set up in Ireland.

Indeed, his client base reaches as far afield as South Korea, where he represents a silicon chip manufacturer in their claim against a large an international technology company, and New Zealand where he represents the shareholders of several healthcare businesses in Ireland.

He has extensive experience in the High Court, Court of Appeal and the Supreme Court in all aspects of Commercial matters representing both Plaintiffs and Defendants.