Potential Title Issues Over Properties Did Not Invalidate Appointment of Receiver

The Supreme Court dismissed an appeal from the High Court, and affirmed the dismissal of a claim by the borrowers against the Bank seeking to invalidate the appointment of a Receiver over six investment properties, where the borrowers contended that the failure of the Bank to register a cross-border merger on the register of the title created a potential liability to purchasers of the property, on the grounds that any defect of title would be an issue for the Receiver and the Bank, but not the borrowers.

The Bank, following the cross-border merger, was entitled to appoint a Receiver and that entitlement was not affected by the securitisation of the loans or the non-registration of the Bank owner of the charge.

It was argued on behalf of the Plaintiffs that the sale of the properties could potentially create a liability on the part of the Plaintiffs to the purchasers of the properties, given that the Receiver is the agent of the mortgagors in accordance with the terms of the Charge. On that basis, it was contended that as such a potential liability was never contemplated by the parties to the Charge, the Charge is void and consequently, the appointment of the Receiver would be invalid.

During the course of argument, Mr Gallagher, S.C., on behalf of the Bank, conceded that there was, as he put it, “a blot” on the title of the transferees of the properties sold by the Receiver. Nonetheless, he contended that this was of no benefit to the Plaintiffs. If transferees of the four properties already registered have a problem with their title, and they may or may not, their recourse will be to the Receiver and the Bank. Nevertheless, given that they have been registered as owners of the properties concerned and bearing in mind the conclusiveness of the Register, it is difficult to imagine that the transferees could have any problem with their title. Consequently, there should be no problem for the Plaintiffs in this regard.

Conclusion
The above case establishes that an entitlement to appoint a Receiver should not be affected by a Bank’s failure to register a charge, as this should not affect the title of the transferees 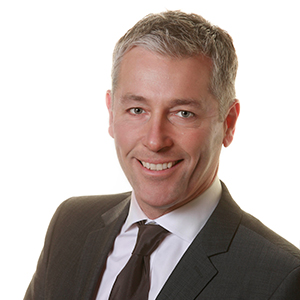