A woman has been awarded €38,000 damages after she was injured following a fall off of a stationary escalator.

The incident occurred in 2011 when Tracie Corcoran tripped on the last step of an escalator that had stopped at Blanchardstown Shopping Centre. As a result of the fall, the 32-year-old seriously hurt her right knee.

CCTV footage of the incident was shown with the cause of the incident being a child pressing the emergency stop button causing the escalator to stop suddenly and for Tracie Corcoran to obtain her injuries. As a result of the fall, she suffered pain in her knee as well as a number of cuts. This pain was especially bad she tried to bend down or carry out certain tasks. 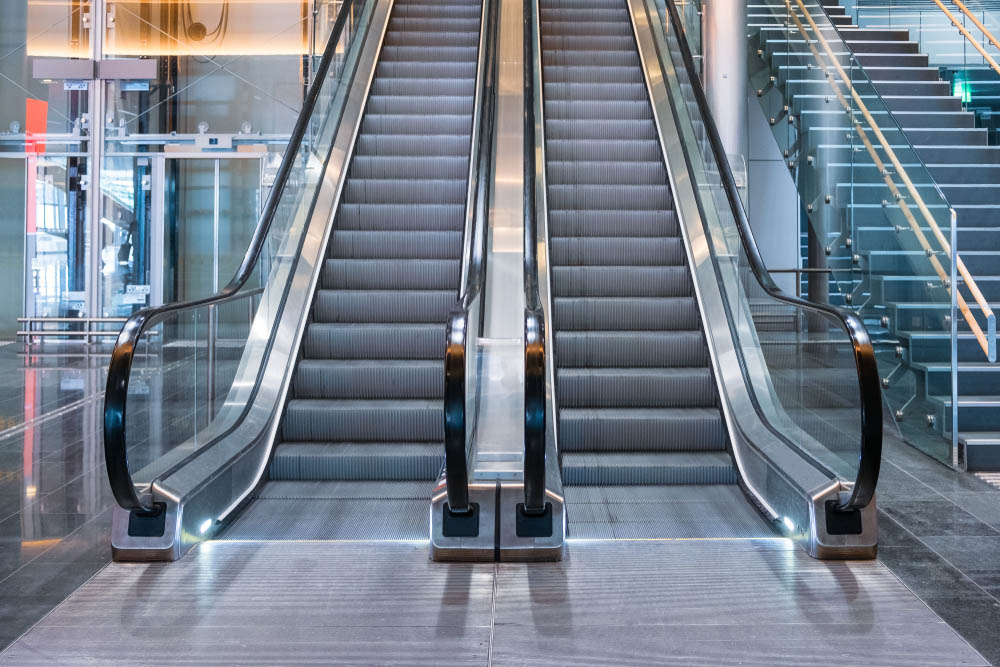 Breach of Duty of Care

Miss Corcoran was not only left with injuries as a result of her accident but also scarring from her fall. Alarmingly, however, the CCTV footage also showed that the emergency stop button on the escalator was unprotected and that any child could hit it.

She took legal action against the shopping centre citing a failure in duty of care and negligence. She had obtained first aid from the trained members of staff following the accident. However, she stated that the button to stop the escalator should not have been so accessible, especially to a child. Despite her claim the shopping centre put forward a full defence to Corcoran’s claim, denying liability and alleging she was guilty of contributory negligence.  Miss Corcoran visited a GP shortly after her injury to obtain a medical report form.

Your injury must have occurred in the last three years (or injuries been noted in the last three years for long-term illness claims) to take personal injury action. To make a personal injury claim, it is vital that you have as much evidence as possible to support your claim. This will not only aid you in being able to inform solicitors and the court of your injuries but will also verify your account of events and prove that your claim is not fraudulent. If you are unable to work or live your life normally as a result of your injuries not only do you have the right to take action, you could also be entitled to more compensation.

Do I Need a Solicitor?

Sadly, a personal injury claim can be a drawn out and complicated affair. Although many people believe that taking legal action is simply an open and shut case, it is not always the case. Companies will usually attempt to prevent a legal battle thus it is worth having a solicitor to provide you with the best advice that is relevant to you.

As well as this, as you can see from the case discussed in this article, many personal injury claims do not get finalised in court but rather settled outside of the court. Settlements can be complex and our solicitors will be able to rely on their wealth of experience to inform you of exactly what your claim could be worth. Having a personal injury laywer, not only for the building of the case but also throughout the entire process is one of the most important things you can do.