How to Manage Company Conflicts 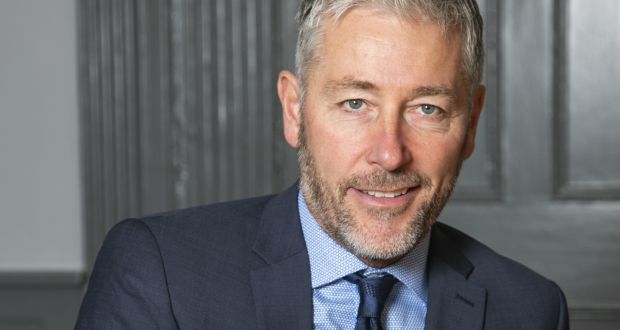 With so many varying personalities and viewpoints within any business, disputes and conflict are often unavoidable and are something business owners should always plan for. How these disputes are dealt with can differ, but conflicts that are not handled well may lead to costly litigation, and every business owner wants to avoid that.

A badly handled complaint could lead to a ripple effect, including damage to reputation, a loss of money and resources as well as harm done to the employee-employer relationship. Litigation remains a common way for most disputes to be resolved, but what alternatives can be taken so that a courtroom can be avoided altogether?

Generally speaking, disputes will arise as a result of inter-personal difficulties encountered in the workplace, and they will most frequently arise between management and staff, James Sherwin, partner with law firm Sherwin O’Riordan and the Dublin Dispute Resolution Centre, says.

“They quite often emanate [from a management perspective] from dissatisfaction with an employee’s performance or behaviour. From an employee’s perspective, disputes usually arise out of disenchantment with their terms and conditions of employment or the behaviour of a colleague.”

The issues can range from a personal disagreement, personality clash or offence from personal hygiene or people’s daily habits to a misunderstanding about ownership of work or management styles, Emma Richmond of Whitney Moore Solicitors says.

“If these issues are allowed to fester without being addressed, it can create a difficult work environment and that can be hard to come back from. If the conflict is not nipped in the bud at an early stage, it can grow; the colleagues will become entrenched in their own position; and ultimately the conflict can begin to disrupt the wider workplace in terms of performance and wellbeing,” she says.

The handling of disputes will largely depend on each individual case, Sherwin says.

“From an employer’s perspective, they may have commenced a disciplinary or performance management procedure against an employee. Employee complaints would usually be dealt with by way of the company’s internal grievance process. Our experience is often that processes which have been instituted prior to our involvement very often need to be remediated to some extent.

“Where the dispute has arisen from an employer’s perspective, quite often employers will consider a restructuring or a redundancy process rather than embarking on a disciplinary or performance management process,” Sherwin says.

Point of no return

So, to avoid disputes getting out of control or going past the point of no return, what can be done?

All disputes can be dealt with informally on a consensual basis but from Sherwin’s perspective, this is extremely rare.

“With arbitration, the decision of the arbitrator is legally-binding and the process is governed by the Arbitration Act 2010. You can represent yourself in arbitration, but you may benefit from legal representation,” he says.

“Ultimately, the aim is to minimise the impact on the business. If an employer has to deal with multiple complaints or grievances, these can consume a lot of management time. The appointed mediator is usually a person who has good interpersonal skills whilst holding enough authority for the parties to take their advice on how best to proceed. Sometimes, an external mediator is used if the company is quite small or if it is felt that this will help to get a result,” she says.

During mediation, the mediator facilitates an agreement, but with arbitration the arbitrator has the ultimate decision. It can be a longer process than mediation but is shorter than litigation. Costs of arbitration are usually much higher than mediation too and the outcome is binding.

Former employee relations manager with Diageo and latterly PFM Solutions Paddy Murray has mediated over many proceedings and says it has now been accepted as quicker, less stressful, and less costly than engaging in the court system. He says there are few areas that can’t be referred to mediation, provided both parties are willing participants.

He adds that many small- to medium-sized businesses, with no formal HR supports, regularly call on mediation in disciplinary charges, often to avoid unnecessary unfair dismissal claims in the courts, possible awards and the unwanted publicity.

“Mediation provides a safe environment for all parties to be heard and have their say. The mediator selected will make contact with the parties involved to set up pre-mediation meetings to get a sense of the issues and to explain the process in greater detail before going ahead with the formal joint meeting. During the meetings, the parties get to explain their points and often to express how it may be affecting them personally. The mediator will encourage questions and discussions between both parties. They are facilitated and encouraged to explore their preferred solution or solutions,” he says.

So what are the cost savings likely to be if you can avoid litigation?

“If the matter is resolved informally, then it is unlikely that any costs will be incurred as a result of the dispute. Alternative dispute resolution can be a much cheaper alternative to court proceedings and can allow for the resolution of matters at a much earlier juncture. Many employment disputes can result in Workplace Relations Commission proceedings, which can be a relatively cheap alternative to proceedings issued in the civil courts. In our experience though, the reality is that when disputes arise, it is without question cost-effective to get legal advice prior to embarking on any particular process,” Sherwin says.

Murray points out that cost savings are often not measured in budgeted cash columns.

“The system is inclusive for both sides within the room and is an advancement and more acceptable to arbitration, where findings are often resisted, seen as mandatory and delivers a win-lose scenario, whereas successful mediation outcomes tend to be win-win,” Murray concludes.

All of the alternatives mentioned can be very effective, depending on how well they are utilised, but “in our experience, it is advisable to obtain legal advice on each of these alternatives to have the best chance at reaching an agreeable outcome”, Sherwin concludes.